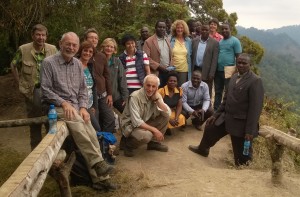 t was a mixed group of visitors from the congregtions and organisations which care for the partnership. There are new members of the partnership-committee of Tukuyu. The priority of the projects was changed. 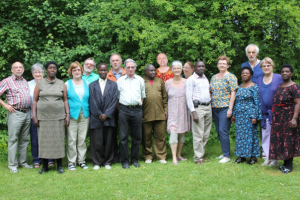 ith our guests from Tukuyu we decided in very open conversations together, that we will be presenting our partnership on a website with current information of Tukuyu and Ulm in the future. The new folder shall appear with actual information 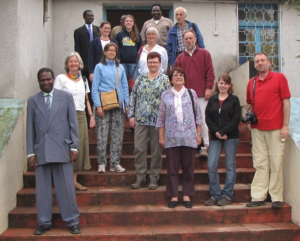 e celebrated 30 years of partnership this year not only in the parishes in Ulm, but also with a delegation of 12 people during the visit of the partner congregation in Tukuyu. Particularly impressive was the anniversary service in the Church in Tukuyu 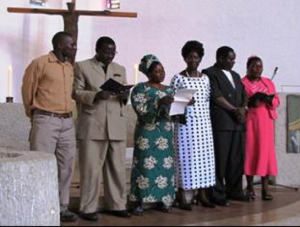 n the long partnership we saw at this year’s visit of the delegation from Tukuyu a special quality in all our encounters in deep sympathy for each other, in great openness and critical accompaniment. 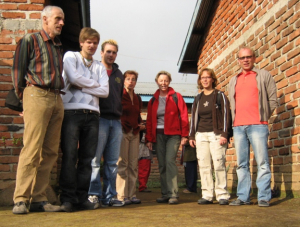 outh meetings and discussions on various topics such as “Youth and the Church”, “health”, “justice in the world” were the focus of this visit by the delegation from Ulm in Tukuyu. The Ulm group was housed first in the Guest House, then private hosts. 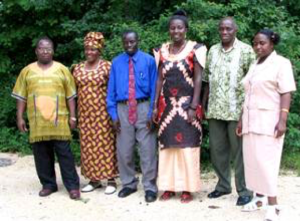 t the fifth visit of the delegation from Tukuyu in Ulm deanery many children and adolescents met the guests at the children’s and youth work, in school and confirmation classes. It was planned together to increasingly integrate young people into the future travel groups. 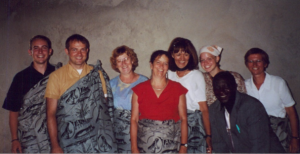 he fifth visit of the delegation from Ulm in Tukuyu is characterized by intensive, open, and good discussions with all groups in the congregation. 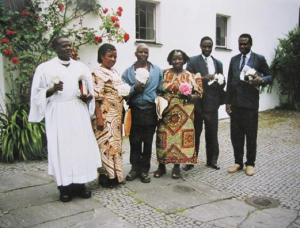 ourth return visit from Tukuyu. The main points are: Kirchentag in Frankfurt, a theme weekend in leisure home Schlößle in Erbstetten and the jubilee service “20 years of partnership.” 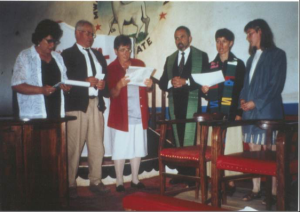 he fourth visit of a group of our congregations in Tukuyu. The Group members the first time are rehomed in families during their entire stay. 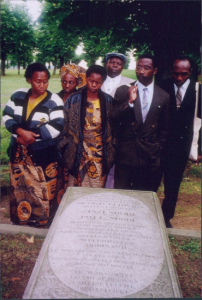 n the third return visit again six members of the congregation from Tukuyu are Guest in Ulm. Highlights include the Kirchentag in Leipzig and the visit of the Moravian Church in Herrnhut. 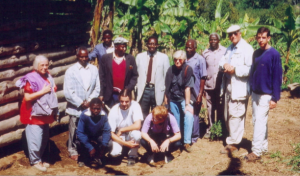 n the third visit from Ulm, the now independent congregations Makandana, Ndembela and Lumbila are still present with the partners. 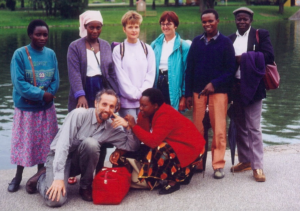 y the second visit by members of the partner congregation of Tukuyu the official and private contacts increase. We are invited for 1995 to Tukuyu. 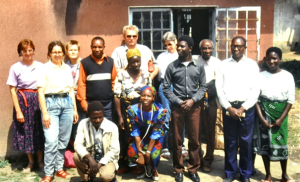 he second visit of a delegation from Ulm in Tukuyu. The cow project is born.

astor Hauff returns after four years at the theological college in Mbeya back to Ulm. The congregation of Dornstadt become a Member of the Partnership Group. 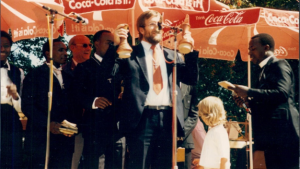 irst return visit from Tukuyu in Ulm. Six representatives of the youth group are guest in the Ulmer congregations for four weeks. 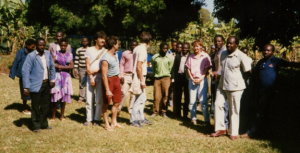 n the beginning, the partnership is mainly supported by the Wiblinger youth group and a working group consisting of representatives of the involved congregations. First visit: Six young people from the Ulm district of the church are at the invitation of the local youth group there in Tukuyu.

astor Mwakasyuka from Tukuyu explored the interest of the Ulm parishes in a partnership with the Moravian Church in Tanzania Tukuyu.